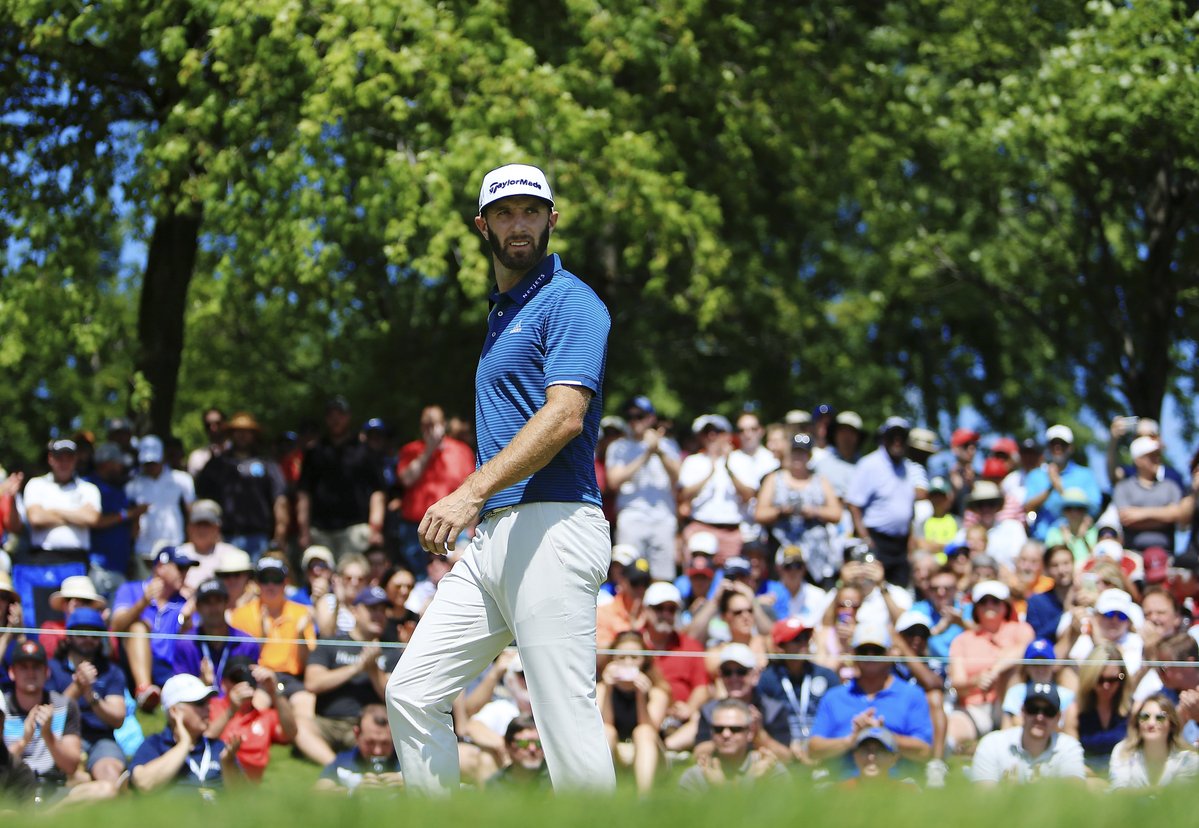 Who Are The Most Likely Winners Of The US PGA Championship?

The US PGA Championship brings up the final major of 2017 next month at Quail Hollow in Charlotte, North Carolina. Jimmy Walker will line up as the defending champion after he won the first major of his career in the tournament in 2016. Here is a look at the five players who are most likely to be successful in this year’s event.

Jordan Spieth goes into this year’s US PGA Championship with the opportunity to become the youngest ever winner of the Grand Slam in the sport. The 24-year-old was successful in the Open Championship earlier this month when he sealed his third major victory after he won the Masters and US Open in 2015. 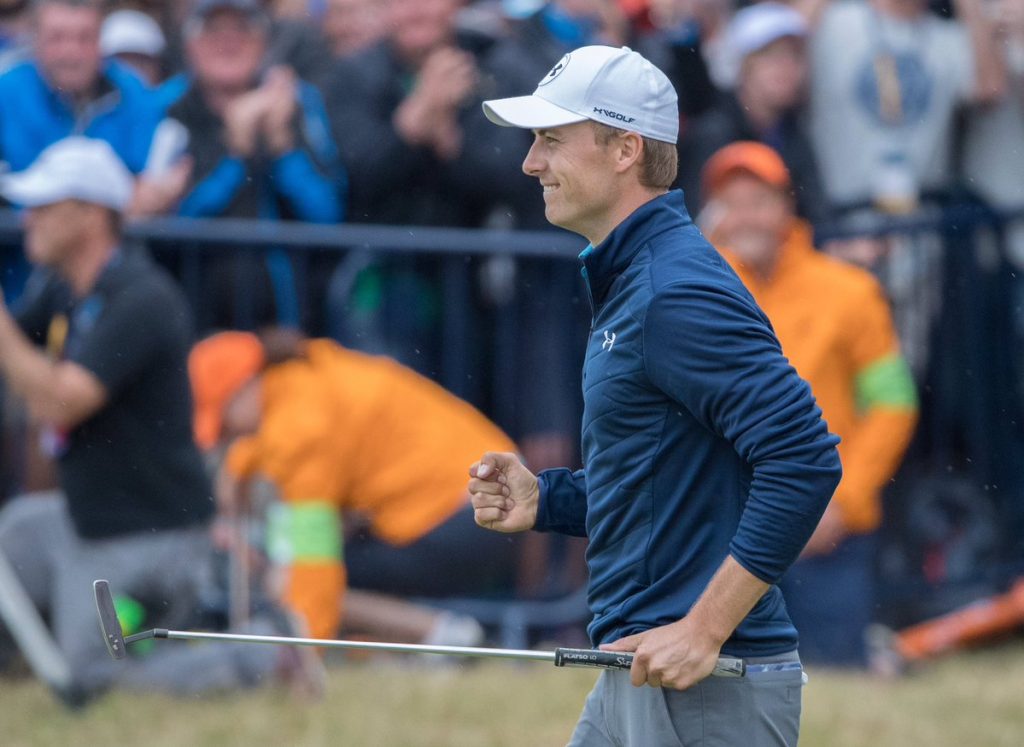 Spieth shot four rounds in the 60s at Royal Birkdale and was particularly impressive on the back nine on the Sunday in Southport. After finding a bogey on the 13th hole, the Texas-born golfer then responded with birdie-eagle-birdie-birdie as he pulled away from his nearest challenger Matt Kuchar. Not only was his mental strength so tough in the oldest Major Championship in the sport, his short game was much better than the rest of the field as he gained and saved so many shorts on the greens.

If Spieth continues the form he has shown in recent months, he is the man to beat at Quail Hollow. He is a top price of 8/1 with the bookmakers to lift the trophy at the end of the weekend when he is sure to be a popular selection. The American will have his eye on finishing the year at the top of the world rankings and a second major in 2017 would certainly help his chances of doing just that.

Roy McIlroy was five-over par for his first six holes at the Open Championship this year as the three-time major winner looked set to continue his disappointing run of form. A strong back nine on the opening day and a round of 68 on day two ensured his tournament continued. The Northern Irishman then played some good golf on the final couple of days to finish in a tie for fourth at the end of the weekend.

McIlroy is the 15/2 favourite to prevail at Quail Hollow as the bookmakers feel there were signs at the weekend in the Open that he was close to his best game again. When playing well, there is arguably no other player on the PGA Tour who can live with the former US PGA Championship winner.

As eluded to in Oddschecker’s preview of the Porsche European Open, when the course is long and wet, the big hitters in the tournament are always favoured and that should be the case at Quail Hollow. McIlroy is never short of distance from the tee with his driver so, as long as he consistently finds fairways and greens, he should be able to gain a lot of shots on the 7,442 yards course.

McIlroy is already a two-time winner at Quail Hollow as he won the Wells Fargo Championship there in 2010 and 2015. That course experience will play heavily in his favour and he will walk onto that first tee on day one of the tournament very confident he can make it a hat-trick of victories there.

It’s been a breakthrough year for Brooks Koepka on the PGA Tour as he won the US Open last month in what was an impressive week at Erin Hills for the American, who ended the tournament four strokes ahead of the pack. The 27-year-old went across to Europe to play on the Challenge Tour and European Tour in the early stages of his career before turning back to the USA where he now looks to be a player who can have a lot of success over the next few years.

One of Koepka’s biggest strengths is his driving. He is very accurate off the tee, therefore, he finds a lot of fairways, which help him to set up his approach into the greens. He was in contention for another major at Royal Birkdale; however, a round of 71 on the final day halted his progress so he had to settle for a tie for 6th, his best finish in an Open Championship.

Koepka will go into the US PGA Championship full of confidence as it is a tournament he has done well in before. In 2015 he shot a 66 on the last day to lift him to fifth on the final leaderboard. A year later, he went one step further with a tie for fourth at Baltusrol Golf Club. The US Open winner can be backed at 28/1 to double his major count for 2017 at Quail Hollow.

World number one Dustin Johnson will be disappointed with the way the three Major Championships have gone for him so far in 2017. During a six week spell between February and March, Johnson won three PGA Tour events, including the WGC-Mexico Championship and WGC Match Play, where he beat Jon Rahm in the final. He was then heading into the Masters in red hot form; however, on the eve of the tournament, he had a fall where he damaged his back. That incident not only ruled him out of Augusta, it ended his winning run on the tour. 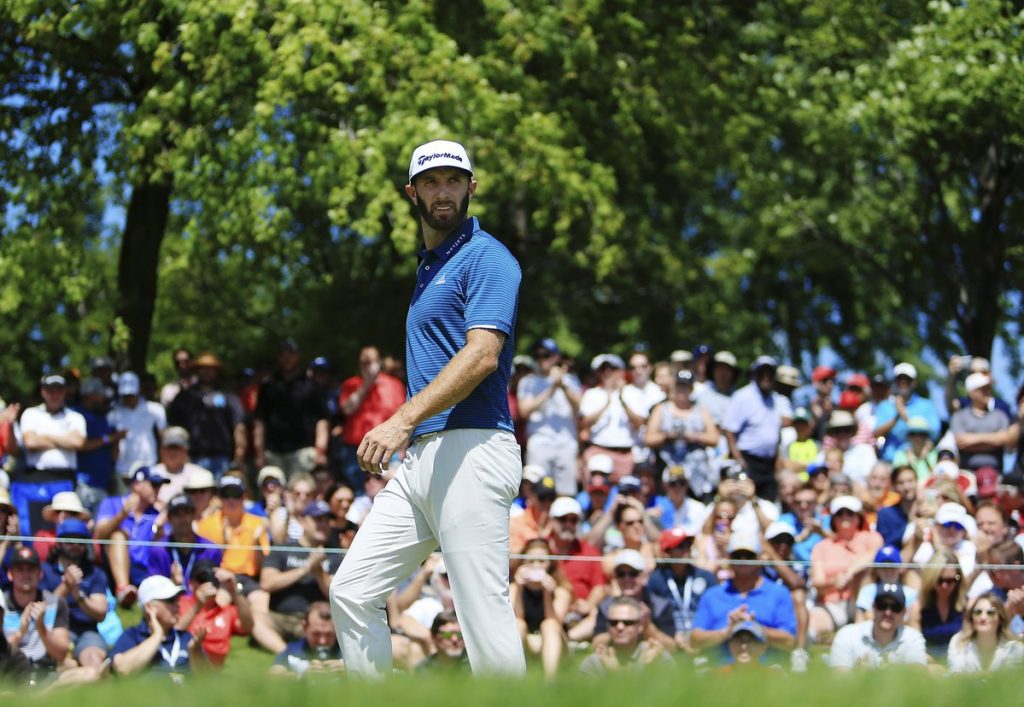 Johnson has plenty of experience of playing Quail Hollow as he has lined up in the field on a number of occasions in the Wells Fargo Championship. After Spieth’s victory in the Open Championship, the world number one really needs to end the season strongly if he is to defend his top spot in the rankings. The US PGA Championship and the Fed Ex Cup will be the two priorities for the American now so he will make sure he is in great shape mentally and physically ahead of these two events.

There were signs during the recent Canadian Open that Johnson was happy with his swing again. With a few more weeks to sharpen up his game, the former US Open winner is likely to be a huge threat in the final major of the year where he is as big as 11-1 to walk away with the trophy. A win would help solidify his position at the top of the world rankings.

Many golf pundits think it is only a matter of time before Hideki Matsuyama wins his first Major Championship. The 25-year-old from Japan has six top 10 finishes in the four biggest tournaments in the sport and went close to success earlier in the year as he was second behind Kopeka in the 2017 US Open.

The biggest win of Matsuyama’s career so far came at the back end of last season when he claimed the WGC-HSBC Champions in a dominant performance as he finished seven strokes better than any other player in the event.

The Japanese golfer is one of only a handful of players who have finished inside the top 20 at all three Major Championships in 2017, a reflection of how consistent his game has been this year. Back in February, he also defended his title in the Waste Management Phoenix Open where he defeated Webb Simpson in a play-off.

Before Spieth’s victory in the Open, Matsuyama had risen all the way up to second in the world rankings. Given he is only 25 years old, it is possible that he could be a future world number one. All he is missing at the moment is a major victory and, if plays like he has throughout 2017, he has to be in contention for the US PGA Championship where he is available in the outright betting at a top price of 20/1.

The opening day of the 2017 US PGA Championship takes place on August 10 when 156 players will tee off chasing the trophy, which will be handed out late on Sunday afternoon.