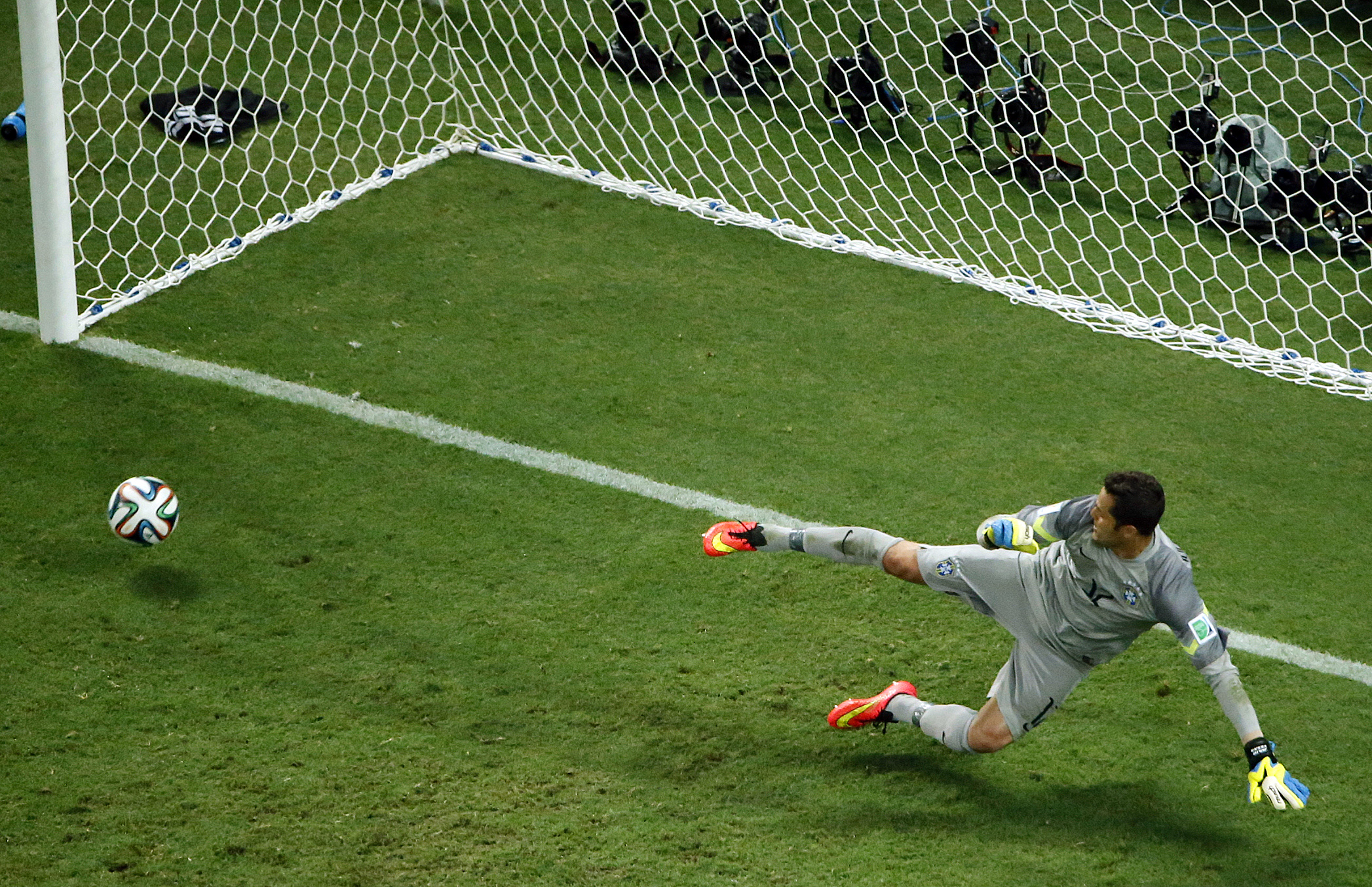 Before I began to focus on American Football as my sport of choice, I used to play soccer a lot, especially when I was in school. As a centre-forward, it was my responsibility to score as many goals as possible with the aim of helping my team to a win. It also mean that the burden of taking penalty kicks rested squarely on my shoulders.

Now on the surface a penalty kick seems pretty easy. You’re standing ten yards away from goal, bang in the centre, and have the choice of hitting the ball anywhere you want. All that stands in the way is a goalkeeper.

But when it comes down to it, taking a penalty kick is as much a mental game as it is about technique and power. If you aren’t confident in taking the kick, odds are that you going to miss it.

So how do you get consistency and take the perfect soccer penalty more often than not? Here are a few tips that help out.

You should decide where you hit the ball before you start taking the kick. If you are still trying to decide during the run-up it’s likely that you are going to mishit the ball or strike it with such a lack of conviction that is makes it easier for the goalkeeper to make a save. Decide on your spot early and stick to it, as you need to be focused on the kick above all else.

All of the power in the world will mean very little if you aren’t able to get your penalty on target. That’s why you should focus on accuracy above power, at least when you are first starting out or you are trying to improve your penalties. A good way to do this is to bring a bunch of balls to an empty net and pick a spot. Try hitting that spot with each shot, starting again if you miss one. Once you’ve done that, pick another spot and do the same. Over time, you should find that you can pick and hit whatever spot you want, which is when you can focus on hitting your penalty kicks with more power.

A lot of keepers will try a few mental tactics to put you off. Anybody who has watched former Liverpool F.C. goalkeeper Bruce Grobbelaar’s antics during the 1984 European Cup Final against the Italian side Roma, when his “spaghetti legs” antics distracted the kicker to the point where he smashed his shot over the crossbar. A lot of keepers will try to use distraction tactics, such as moving around on the line, raising their arms or something more outrageous. Put that out of your mind and focus on hitting your spot.

Do you hit your kicks with the inside of your boot or using the laces? The latter offers power, while the former is better for accuracy. Knowing which technique suits you best is vital if you are to have confidence in your ability to take the kick in the first place. Much like with picking your spot, know how you want to hit the ball before starting your run up.

A penalty kick that goes flying into the top corner of the net may look spectacular, but attempting it also ups the chances that you will miss entirely. Instead, hit the ball along the ground and into the bottom corner. This means the keeper has to try to get down quickly, in addition to diving across the goal.