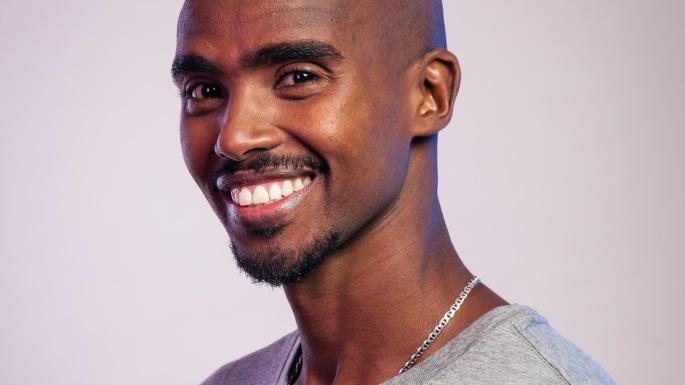 Sir Mo Farah: So you want to be a runner? Here’s how to get started

The Olympic hero on what to eat, what to wear and how to stay motivated

aving run for most of my life, I didn’t appreciate the willpower needed to take up the sport from scratch as an adult until my wife, Tania, started running last year. Having seen the effort she put in and the progress she made to complete the Great North Run, her first half-marathon, last September, I am full of admiration for anyone who gives it a go. So congratulations if you’ve made the decision to take up running.

It also made me realise that whatever level you compete at there are elements of running that are the same for all of us. First, that there’s no escape from training. If you don’t put in the miles you won’t improve. It’s as simple as that. Of course, my aim of running 120 miles a week is far in excess of what someone like Tania needed to do to achieve her goals, but all runners need a structured training plan and to be organised so that they fit running into their day.

I’m lucky in that my life revolves around training, so I can go running when it best suits my body, which is about 9.30am for my first session — three hours after I get up. It was very different for Tania. We have four children and she’s a busy mum so she did a lot of her running on the treadmill we have at home. I thought she was crazy because she’d hop on the treadmill at 11pm, after putting the kids to bed, but that suited her and she liked it. Part of the battle with running is finding what works for you and what you enjoy.

I’d give Tania advice about her training, but she’d often complain that the sessions I’d suggested were too hard, which was quite funny. We both learnt a lot about building up slowly. I encouraged Tania to warm up and cool down properly. You need to make sure your body is very well prepared for running, so a light jog and quite a lot of stretching is good preparation. Don’t just go to the start line and hope for the best. Afterwards make sure you do a really slow, light jog as a cool down. If you go too hard your muscles will tighten and the idea is to help them loosen and recover for the next day.

There’s certainly no need to spend a lot of money on gear. A pair of good running shoes is the only essential and I’m a firm believer that you can get away with wearing pretty much any shorts or T-shirts that are comfortable. It’s really important that you change your shoes after 400 miles of running though, or they will provide limited support and cushioning. For me that means a new pair of shoes every 3-4 weeks, but most people will get by with one or two pairs in training for a half-marathon.

There are other simple things that can help your running, such as sorting out your diet. I look after my body, making sure I get enough protein to help my muscles recover after training. Carbohydrates are also important to fuel your running, but you don’t need to eat as much on rest days or when you aren’t training hard.

A typical evening meal for Tania and me would be pasta with chicken or salmon. Getting your pre-run meal right is crucial. You should test it in training so that you know what settles in your stomach. Over the years I’ve tried lots of different foods including ugali, a sort of porridge made from maize that is a favourite of many Kenyan runners I know. They swear by it, but it tastes horrible and I ditched it.

For me, eating porridge, toast and a banana three hours before I race works best. You must also stay well hydrated with water or isotonic drinks that contain a little added salt. I have a coffee machine and drink lots of strong, black coffee — probably way too much — and always have a few cups on the morning of a race and before I train. It makes me feel alert and ready, but you would need to practise beforehand because the caffeine can cause stomach problems for some runners. After a race I avoid greasy stuff, but I have a sweet tooth and will treat myself if I have run well. If you want a pizza after you have completed a goal like a half-marathon, by all means have it. You deserve it.

A lot of people ask me what I think about when I am running and how I keep going when it starts to get hard. It’s inevitable that there’s a part of a race when it gets tough, but when I am in pain I think about how hard I have worked and how many miles I have done to get here. A training diary can help to keep you motivated and I’d recommend everyone keeps some sort of running log. It can be inspiring to look back at how far you have come.

Sleep will also help your performance, but don’t stress about getting enough sleep the night before a big run or race. A lot of people don’t sleep well the night before a big event and it doesn’t have much of an impact on their performance. What matters is that you have slept well in the preceding week and that you feel nicely rested. When it comes to the day of your first race, expect to feel a bit nervous. We all have self-doubt at times, myself included. I’m only human and I sometimes stand on the start line questioning if I am really ready, wondering if I am getting a cold or feeling ill.

Don’t let those negative thoughts spiral out of control. Remind yourself how hard you have worked to get to that start line, and that you’ve done what’s needed. In a mass event such as the Great North Run the crowds are incredible and will motivate you to keep going. The best part — crossing the finish line — is yet to come and the sense of achievement that comes with that is amazing.