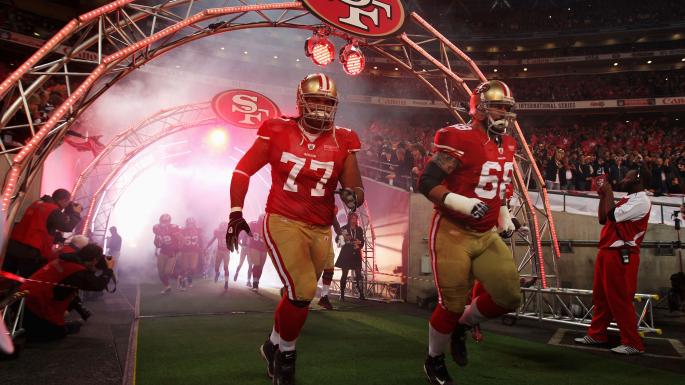 Almost 84,000 football fans will pack Wembley stadium tomorrow afternoon for a major mid-season fixture. England’s stadium is not, however, hosting its national game: this is the first of three American football clashes in London this month.

Nine years after the NFL relocated a game to the UK, the world’s richest sporting league is on a mission to broaden its horizons and grow its fan base outside America. From 2018, it will stage at least four games in London each season, which Deloitte estimates will boost the city’s economy by £58 million each year.

Work is under way to base a team permanently in the city. Sadiq Khan, the mayor of London, promised during his campaign to “work to bring a NFL franchise” to the capital.

An NFL team has not previously been based on a different continent. Analysts calculate that a London side would contribute £102 million a year to British GDP.

Mr Khan met Shahid Khan, the owner of the Jacksonville Jaguars, in Chicago last month. While the mayor tweeted that the meeting was “about my drive to bring an @nfl franchise to London,” Jim Woodcock, a spokesman for Shahid Khan, told The Times this week that it was “not about moving the Jaguars”.

The mayor is understood to favour setting up a new team in London, rather than move an existing side. Senior NFL officials, some of whom met Sadiq Khan last month, appear to share his enthusiasm. “Ultimately, the best experience for fans is when you have your own team,” Mark Waller, the NFL’s executive vice-president of international.

The NFL, however, is understood to favour relocating a side. The Jaguars have already struck an agreement to play at Wembley at least once a year until 2020, and Shahid Khan intends this to continue until 2030. Deloitte found that two games at the stadium in 2013 contributed £32 million to London’s economy.

Alistair Kirkwood, NFL UK’s managing director, suggested that matches significantly boosted tourism. It provides “a tremendous amount of exposure in the States, given that the NFL is the number one television property” there, Mr Kirkwood said. Games routinely attract a global audience of tens of millions.