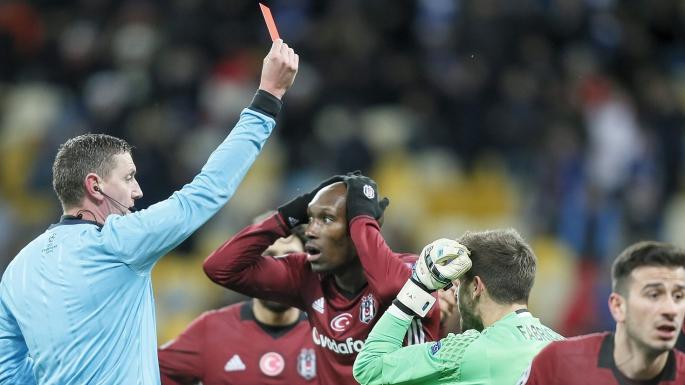 The horror show must be stopped

These are gruesome times for British football: is there anything more haunting than the abuse of children?

Up until last night 83 potential suspects affecting 98 clubs had been identified, according to the National Police Chiefs’ Council. More and more ex-footballers are coming forward with their stories, while abusive coaches are running for the hills or, in the case of ex-Celtic kitman Jim McCafferty, being marched into a police station. Football, we now know, has been mired in this horror for decades.

What is even more painful is the fact that, almost certainly, it will be continuing today. To put this in a Scottish context: somewhere, right now, either at professional or amateur level, a boy will be in the throes of abuse at the hands of a coach. Given what we now know, it would be remarkable were this not the case. So the pressing point is, we need to find it, stop it, and make sure its continuation is nigh-on impossible.

There are calls in some quarters for an SFA investigation. Frankly, I’d want something far more robust than that, which is Police Scotland devoting time and manpower to investigating these abuses in football. Nicola Sturgeon, in reply to a question on Thursday from Kezia Dugdale, attested that the police were getting on with their work in this context, and I will take her at her word. I’m not interested, frankly, in some time-honoured SFA puffery, so much as a thorough, robust and consequential investigation by the police.

Sexual abuse of children is as easy to carry out as it is horrific. When I was a small child, on of all things a church outing, I ended up in the bed of a woman in her late 20s. Don’t ask me how it happened — it just did. It is a strange memory that has stayed with me all my life. It’s not a haunting issue for me — no abuse took place. This woman must somehow have talked to me and entertained me and coaxed me back to her room. My point is simple: adults have tremendous power and sway over children. In terms of the abusers, doing their acts behind closed doors, prevention is horrendously difficult.

That power which an adult has over a child is also a means of maintaining the child’s silence. This, too, has emerged in the testimony of Paul Stewart and others who were abused as young footballers. A boy is prevented from exposing his abuser by all sorts of dire threats: your career will end, your family will be angry with you, people will think you are “dirty” and worse. There is a never-ending litany of cruel threats used. A child, if he wishes to speak out, can be threatened to the point of terror. It is no wonder, in truth, that the abusers got away with it for so long. Adults can have that tyrannical power and control.

We should also be thoroughly embarrassed by the attitude of our society towards this subject as recently as 30 years ago. The case of Gordon Neely, the coach who worked with Hibs and Rangers, and who has posthumously faced allegations, makes this clear.

When it was known that Neely, for instance, enjoyed taking young players’ shorts and pants down, either as a “punishment” or for some other dubious reason, it tended to be laughed off or be seen as a bit eccentric by Neely’s fellow coaches. Almost like: “Oh, he’s a one, Gordon, he gets up to all sorts with these kids … now you run along home, son, and we’ll see you tomorrow.” Back then our society was uncomprehending, oblivious, even slightly flippant towards such evils. Even worse, in football, you’d sometimes find coaches merely scoffing at such antics.

In the infamous case of Jim Torbett at Celtic in the early 1970s, Jock Stein is said to have literally booted him out of Celtic Park for his actions. Yet even Stein, a revered figure, did not fully comprehend the severity of the problem.

It is gut-wrenching to realise now what has happened — and much more is set to come out. So let the police do their work. Let the SFA, and PFA Scotland and the NSPCC all have their input. If there has been pain and injustice and cover-up in football, then let’s have it out. More than anything, please God, let’s protect our young footballers.

Upholding tradition
It was good to read of referee Craig Thomson upholding the high reputation of Scottish football on foreign fields. Last week Thomson seemingly had a nightmare in the Dynamo Kiev-Besiktas Champions League match, awarding a dubious penalty and showing Andreas Beck a red card. When Thomson then sent off another Besiktas player, Vincent Pate Aboubakar, the Turkish fans and club officials wanted to get hold of the referee and strangle him. Dynamo, two players better off, went on to win 6-0. Thomson was roundly trashed for his display. Happy days.

Count me out of Cathro hysteria
Has there ever been such a fuss over any managerial appointment in recent years like that of Ian Cathro?

The decision made by Hearts to land Cathro has been hailed as “bold”, “innovative”, “imaginative” and “mould-breaking”. It seemed to me that across the Scottish media, and certainly among Hearts fans, Cathro’s arrival was greeted with some excitement.

Kris Boyd, who wrote a robust column in The Sun questioning Cathro’s ability, must be staggered by the publicity he provoked. Some took Boyd’s words, and the criticisms of one or two others, and then bizarrely depicted Scotland as being stuck in football’s Jurassic Age. In fact, the vast majority of onlookers lauded Hearts on their new coach.

I’ll say it here and now — I must be one of those dinosaurs. I always thought I was forward-thinking, but there you go. I’m a Cathro doubter. Fine coach that he is, I don’t think he’ll prove to be a No 1. I have various reasons for saying this. I doubt that he will match Robbie Neilson’s work.

There you have it. I’m a Neanderthal.

Keeping the dream interesting is a big ask
Further music to Celtic fans’ ears came from Brendan Rodgers this week. He said he wants to stay at the club “for as long as I possibly can” and that he is “living the dream” as Celtic manager. Meantime, Peter Lawwell, the club’s chief executive, told me last week that he believes Rodgers can be satisfied at Celtic “for several years”. I hope so. Rodgers is a prized asset in Scottish football. But how many times can you face Ross County, Hamilton Accies and Kilmarnock before your juices start running dry? In time, that harsh reality might hit Rodgers harder than he imagined.

Classy Cuthbert’s move can inspire others
Good luck to Erin Cuthbert, formerly of Rangers and Glasgow City, who has just signed for Chelsea Ladies. What a move for the 18-year-old striker. Cuthbert joins Norway’s Maren Mjelde and Switzerland’s Ramone Bachmann who have also moved to the west London club. Everywhere I look I see talented girls playing football, some of them the stand-out in mixed teams of girls and boys. Will the day ever come, at professional level, when a woman plays on a men’s team?