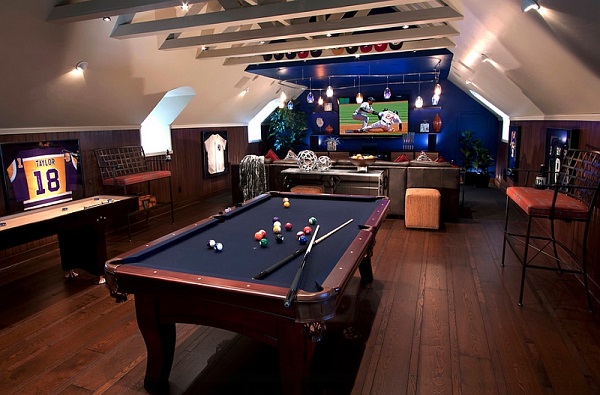 How to Create the Perfect Man-Shed

A friend of mine recently told me that he spends most of the weekend in his shed. “Why on earth would you do that? Have you that many DIY jobs???” I replied incredulously. “Well”, he replied with a smile, “it’s not the DIY that brings me there, it’s all the other stuff!”

Though he dearly loves his wife and kids and would do just about anything for them, he told me that sometimes, he just needed to get away. For months on end, he’d try to go for a run, pop down to the pub for a pint or escape for a game of golf. Somehow, it didn’t work. He felt guilty about leaving his wife to deal with the never-ending demands of the kids and felt he ought to be there with her. After weeks of wrecking his own head, trying to find a solution for this problem, he suddenly came up with a cunning plan – and this is how the man shed was born.

He realized that he could spend his time in the shed if only he could find a way of keeping his wife and kids out………Soon after, he did and I will tell you exactly how he created the perfect man-shed:

Occasionally, he’d feel a tiny bit guilty, but only just, until the day when his wife casually mentioned that she had regularly watched her favorite soap while sipping some champagne – in his shed. “How long has this been going on?”, my friend demanded to know. “Oh, just about a year now”, she replied with a bright grin.

He finished his big job pretty quickly after that, but the shed still stands tall. The only thing is that now, he occasionally has to let his wife and kids enjoy his little haven.